My Travels As A Black Traveller – China 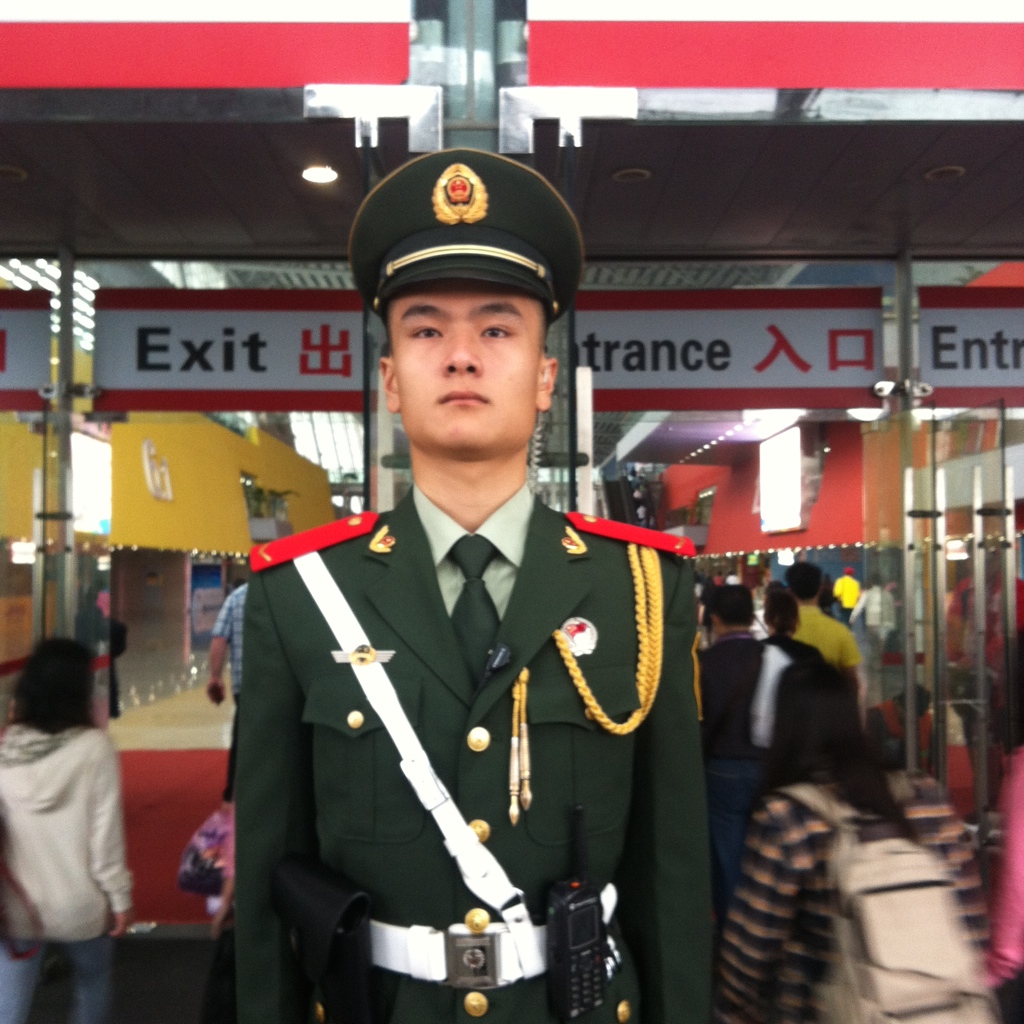 The first time and only time so far that I went to China was about in 2014. A friend from the markets that had been a few times before was an old hand at visiting the Canton Fair in Guangdong. Canton which is also known as Guangzhou is the capital of Guangdong. I found it interesting that not long ago this now heaving city use to be primarily a fishing community Now he was going back for his own business and he invited me along to visit the Fair and some of his people he had done business with. I was looking for jars and a label printer.

As well as the cultural experience of course. Besides the business side of things, I was just as interested in sampling the food and seeing the markets and street hawkers. The food is always a focus of mine wherever I go being a chef.

I had heard so much about the way the Chinese Customs had dealt with black people from others, which had made me follow up on it on the internet. There were a few videos of blacks living in China on YouTube on what they had experienced. Generally, they were accepted but viewed as different. This seems to be stating the obvious until you are on the receiving end of this kind of treatment.

I have been to several Asian countries before and after my visit to China. In all of them I had and have been treated the same as any other visitor that arrived with valid travel documents. In China it was different.

We had arrived in Honk Kong that day early in the morning. No problems. Breezed through customs. I had actually been there before. We caught a taxi across town to the train station and jumped on a train bound for Guangzhou. So far, so sweet.

On arriving in Guangzhou, a lot of the train disembarked and we all proceeded to file through a few different check points unhindered until we came to the Customs check point. Everyone continued to stream through. I was right behind my mate who went through and I had a hand held up to my face making me stop in my steps. I was waved to one side as everyone else continued to flow through. I shouted out to my travelling companion who hadn’t realised I had been stopped and the guard put his hand up to his mouth and gave me a stern look. Basically “Shut Up” in sign language.

Fortunately, my mate had heard me and glanced around. At least he knew what was happening to me. I was made to stand there for about a minute. I stood there looking annoyed and thoroughly fucked off. I didn’t say a word. I just looked directly at the guy who had pulled me over. Fair enough he was just doing his job but I still thought he was a wanker for pulling me aside. I figured they just had a policy to pull aside blacks. Every other nationality was streaming past not a problem. After all there was people arriving at an International Trade Fair from over 180 countries.

I figured they were just checking me out through a camera or a two-way mirror that they have at most airports. Checking out my reactions or profiling me. Anyway, nothing came of it. I was just waved through (or dismissed) as if nothing had happened. All quite routine to the people running the train station that welcomes thousands of people from all over the world.

After getting through there everything was fine. The hotel was good. The staff were cordial. The people in the restaurants were polite and helpful. And at the Fair you were just another businessman. I found in China that most people that you had a small or big transaction with were more than happy to take your money with a smile. It was just the authorities as my mate found out later during our stay.

He had gone into the city to buy some shoes for his daughter. When he got there, the taxi driver was being really helpful and leaned over to his door to open it for him. As it opened a woman on a bicycle rode straight into it and tumbled off her bicycle and badly grazed herself. A shouting match ensued between her and the driver. My mate was trying to be helpful when the traffic police arrived from directing the traffic. Very soon there was crowd and several police. A senior policeman asked to see my mate’s passport. There was a scary moment the officer was about to pocket it and my mate had a tug of war when he realised what was happening. If that passport had disappeared into his top pocket he would have had problems. He could have been detained for months.

You got the usual conversations about you and comments as if you weren’t there or you couldn’t figure out you were the subject of their sniggering. I think it more reflects how dumb people are than how funny they think they are being to their friends. After a while I find it doesn’t bother me. More of an observation. It certainly isn’t going to stop me travelling.

Despite these experiences we still look back on our visit to China fondly. My enduring memories are the food. I gained a lot of experience from my initial business contacts in China. It was good to see how things worked in the country itself.

Very hard-working people with some of the best food in the world.