Ten Different Pulses And Ways You Can Cook Them 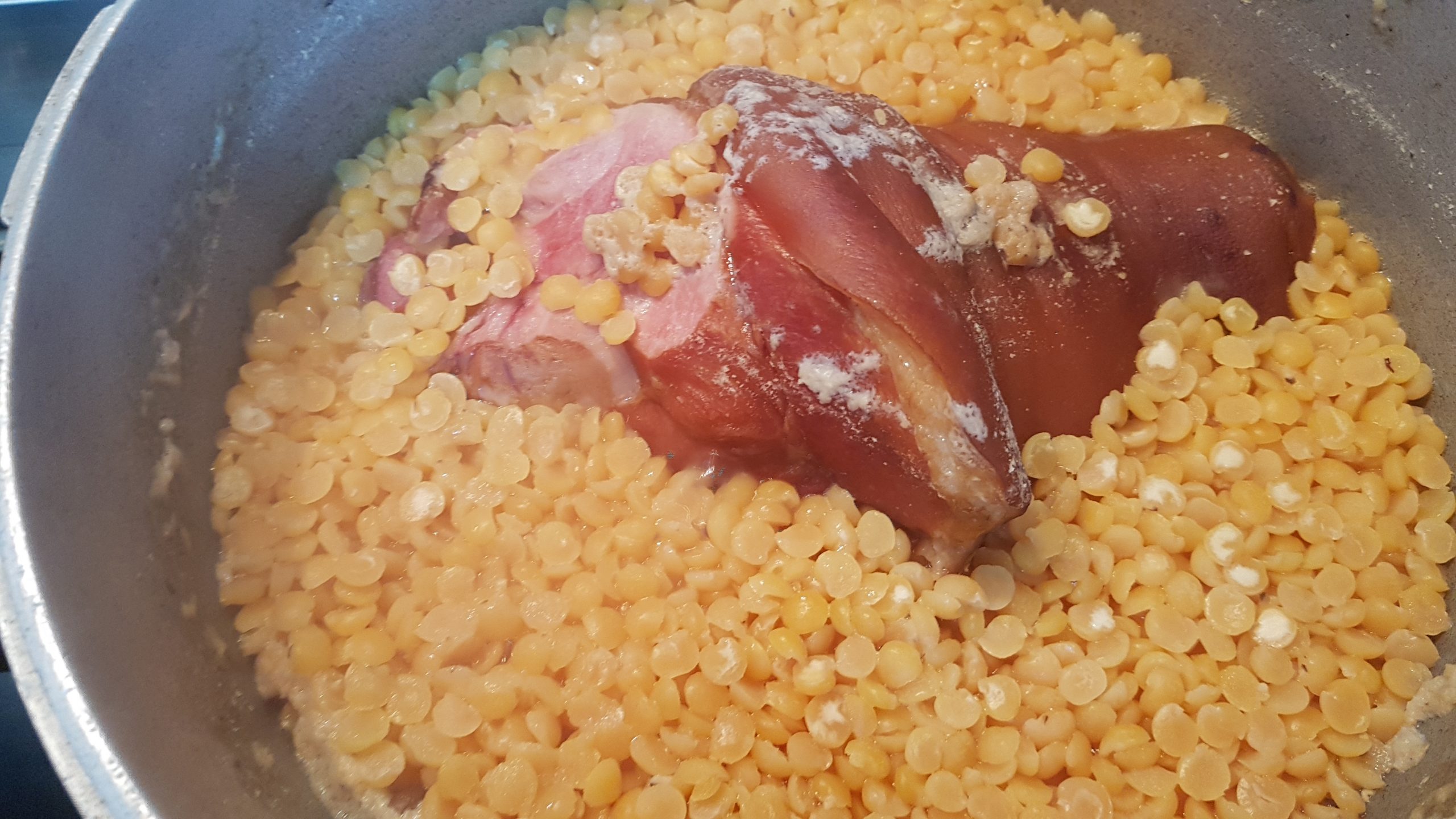 I love Pulses. Or more specifically, I love Beans, Peas, Grains and Lentils. They are so versatile and are delicious when they are cooked properly. A lot of people these days these days tend to prefer their pulses out of tin cans. Just look on the supermarket shelves and you will see rows and rows of pulses. Usually the likes of Green Peas, Haricot Beans, Kidney Beans, Barley, Chick Peas, Lentils and of course the ever-popular Baked Beans. There will be several types of peas and a few different varieties of Baked Beans in the row and rows of cans.

Now have a look for dried pulses. You will be luck to find half a dozen types in a tiny section. Maybe a couple of types of lentils, haricot perhaps, yellow split peas a soup mix and maybe some dried chickpeas. During the winter months there may also be a few more types of dried pulses for your soups. Although it is slim pickings for the amount of pulses available.

I think one of the reasons less people cook pulses from dry are because of the time it takes to boil them. But mainly I think it is the fear of having undercooked beans causing upset stomachs. They should always be eaten well cooked. When raw or undercooked, they can cause health problems or food poisoning.

In some extreme cases it can even cause death. This is because they contain natural compounds called lectins, which are toxic, but fortunately cooking destroys these. Lectins appear in many foods such as the Nightshade family of vegetables like Eggplants (Aubergines), Tomatoes and Potatoes. Also Peanuts and Peanut Products, Peppers and Goji Berries. So, they are very much present in a lot of the food we eat everyday but we are not all susceptible to them, especially if you make sure the food is cooked properly.

To make sure that pulses are cooked properly I tend to soak them in cold water overnight (usually longer than twelve hours). Soak the pulses in a large thick-bottomed pot. The ratio I use is three to four times more water than dried pulses. Once they have soaked overnight, they usually double in size. Some swell up much more than that.

I then make sure I boil the pulses in rapidly boiling water for twenty minutes at a minimum. Then I turn it down to a rolling boil. Different pulses take varying amounts of time to cook. The beans absorb some of the water and you also lose some to evaporation. By the time the pulses are cooked they are about two to four times the volume you started with.  To test if they are cooked, take one of the beans or pulses and squeeze it between your thumb and forefinger. If it is cooked it should turn to mush or crumble between your fingers to a smooth paste.

I tend to not salt the pulses till they are nearly cooked. Somewhere I picked up that they take longer to go soft if you salt them too early. What I know for certain is that if you don’t salt them they will be as bland as. A dash of salt brings out all the flavours

The pulses are usually flavoured with chopped vegetables such as onions, garlic, celery, fennel or carrots. It depends on what you have available or what is traditionally used in the particular dish that you are cooking. A main flavouring is herbs and spices. So many to choose from here; again, depending on the dish you are cooking.

Some of the spices used can be a range of chillis, cumin, coriander, turmeric, peppers, paprika, paprika, mixed spice, five spice, cinnamon just to name a few. You may also use herbs such as bay leaves, curry leaves, sage, thyme, rosemary, and tarragon or coriander leaf. There are dozens more. Not to mention seeds such as mustard seed, cumin seeds, fennel seed, caraway seed or fenugreek. There are so many more.

One of the most important ingredients I think is oil. Oil gives the beans that nice roundness and makes them so much more delicious and palatable. It gives them a silky texture and flavour.

So versatile and so many uses. The delicious Indian Chana Masala is a firm favourite in Indian restaurants. Usually eaten with Rice, Chapattis, Nan Bread or Roti. I will never forget the Chana Masala and roti that I had in a small Sikh run eatery in Paharganj, Delhi. The best I have ever had, and that was nearly forty years ago. I went back twenty or so years later and I couldn’t find it. I have ordered the same dish in hundreds of restaurants since then and tried cooking it myself, but nothing comes close.

Chickpeas also appear in Moroccan tagines. They are the main ingredient in Felafels, usually served in pitta bread with tabouleh and tahini.  You will also find them in soups, salads and stews. Because of their texture they are usually used in the making of vegetarian burgers and fritters. Basically, there are differently shaped, sized or flavoured Felafels.

Hummus has got to be one of the most popular uses for chickpeas. And so easy to make at home, especially if you use a can of cooked Chick Peas. I use preserved lemons, lemon juice, tahini (sesame seed paste), plenty of garlic and olive oil in mine. Taste it before you add more salt, as the preserved lemons can be quite salty.

You will find Kidney beans in most Tex Mex Chilli-Con-Carne recipes. Mind you on my many trips to Mexico, I have never found it once. Lots of beans on their own but none in the meat. Chilli con carne is more of an American dish that has been exported around the world as Mexican. It is also a popular bean to find in salads or soups.

Named in Spanish as their appearance suggests as ‘speckled beans’. Very popular in Latin or South America. Eaten boiled or refried. Refried beans are boiled and mashed and then refried in some oil or lard to a smooth and rich paste which I have seen used like butter on Tortas. I found Refried Beans everywhere in Mexico. Used to fill tortillas and fried till crispy on the street stalls. One of my favourites is Gorditas. Refried Beans rolled in between fresh masa (maize) dough, flattened and fried till crispy. Delicious.

I tended to favour Pinto Beans to Kidney Beans in my Chillis. I find them a better texture and a nicer flavour. They also break down a bit more and help to thicken the chilli.

As well as being used in soups or salads, these beans are more commonly used in Asian Desserts. They are boiled until they are soft and then sweetened with sugar. They are then cooked down to form a Sweet Red Bean Paste known as Anko in Japan. It is popular in other parts of Asia too. You will also find them in Moon cakes, which are made for the Mid-Autumn Festival.

I have also had them in ice cold drinks in Hong Kong and Vietnam.

Pearl Barley is underused and under rated as a grain in the kitchen. It is usually only featured in soups and mainly the famous Scotch Broth. The soup is made with lamb, diced vegetables and pearl barley.

You can also use barley for a nice braised chicken casserole in the oven. Or use it as a substitute for risotto rice. It is also very popular used as a dessert such as Barley and Coconut pudding. I have also seen Barley used in refreshing ice-cold drinks in Vietnam.

Either yellow or Green Peas can be used to make a pea and ham soup.

Place the Smoked Hock in a large pot with your Dried Split Peas. Boil until the hock is cooked and the peas are soft. Pull out the hock and remove the meat. I usually do this over two days. Allowing it to cool overnight. The fat will also rise to the top of the pot and set. This makes it easier to remove. Once you have diced your meat you can then proceed to make your soup.

First, I fry off some seeds such as cumin or caraway in some oil. Then I add some crushed Garlic and a Trinity of diced Onions, Carrots and Celery. Once cooked, I add the cooked peas and some of the stock to your desired consistency. Once cooked out I add the diced meat. Depending how rich you like your soup you can add some cream or coconut cream at this stage.

Bring to the boil and adjust the seasoning.

Nice served with some crusty bread or garlic bread.

The most popular use for lentils is usually in soups such as Dhal. They are also used in casseroles and stews. My favourites are the Brown and Puy Lentils, which I enjoy simply boiled with salted water and drizzled with a good olive oil. They also tend to hold their shape more

More commonly called Black-Eyed Peas, despite the fact that they are a bean. These are a very popular bean all over the world. I found them especially popular in Africa. They are stewed and eaten for breakfast usually with bread or cassava. One of my favourites was a dish my aunty use to make when we were kids called Bobo. It was cooked with Beans, Plantain, Palm Oil, Dried Fish and Chilli. I make my own version now as a chef but of course I still preferred my aunties version.

It became on of our traditional staff meals for over thirty years a Glastonbury festival. Usually on the second evening after a busy day setting up for six nights of revelling. We worked herd getting ready so we needed a good feed. I cooked a big pot of BoBo using West Indian salt Fish, Plantain and Back Eyed Beans. Served on Rice.

I used to keep the rest of it for Quesadillas with eggs, chilli oil and cheese when I needed a break from six days of our Mexican Food for breakfast.

Bulgar Wheat is cracked wheat, which has been par-boiled.

Bulgar Wheat is popularly used in tabbouleh salad but it also has a lot of other uses. Like tabbouleh there are many other nice salads you can use Bulgar wheat for. One I have used before was with Spring Onions, Pomegranate, Sultanas and Walnut Oil. I also like it in a stew such as Lamb or Chicken. It comes up like a risotto.

I love these beans. Apart from being very tasty, they are very good for you too. The list of all the health benefits of these little green gems I will leave for you to investigate, as they would fill up this blog if I started listing them. They are predominantly found in Asia and the Indian subcontinent. They make a nice Moong Bean Dahl. I tend to make mine with coconut cream. It really set it off.

I also use it to make a thick stew and then float some grilled fish on it. Nice drizzled with chilli oil. It is also used to make a sweet Moong Bean cake in Sichuan cuisine and also in Thai cooking.

See my other Blogs

Please comment if you have enjoyed or have any of your own tips to add to this blog.

Looking forward to your cooking tips if you have anything to contribute.

Your feedback would be appreciated by one and all.

PrevPreviousTen Things To Help You When Baking Or Making Desserts
NextMy Three Favourite Market Stalls No. 3Next